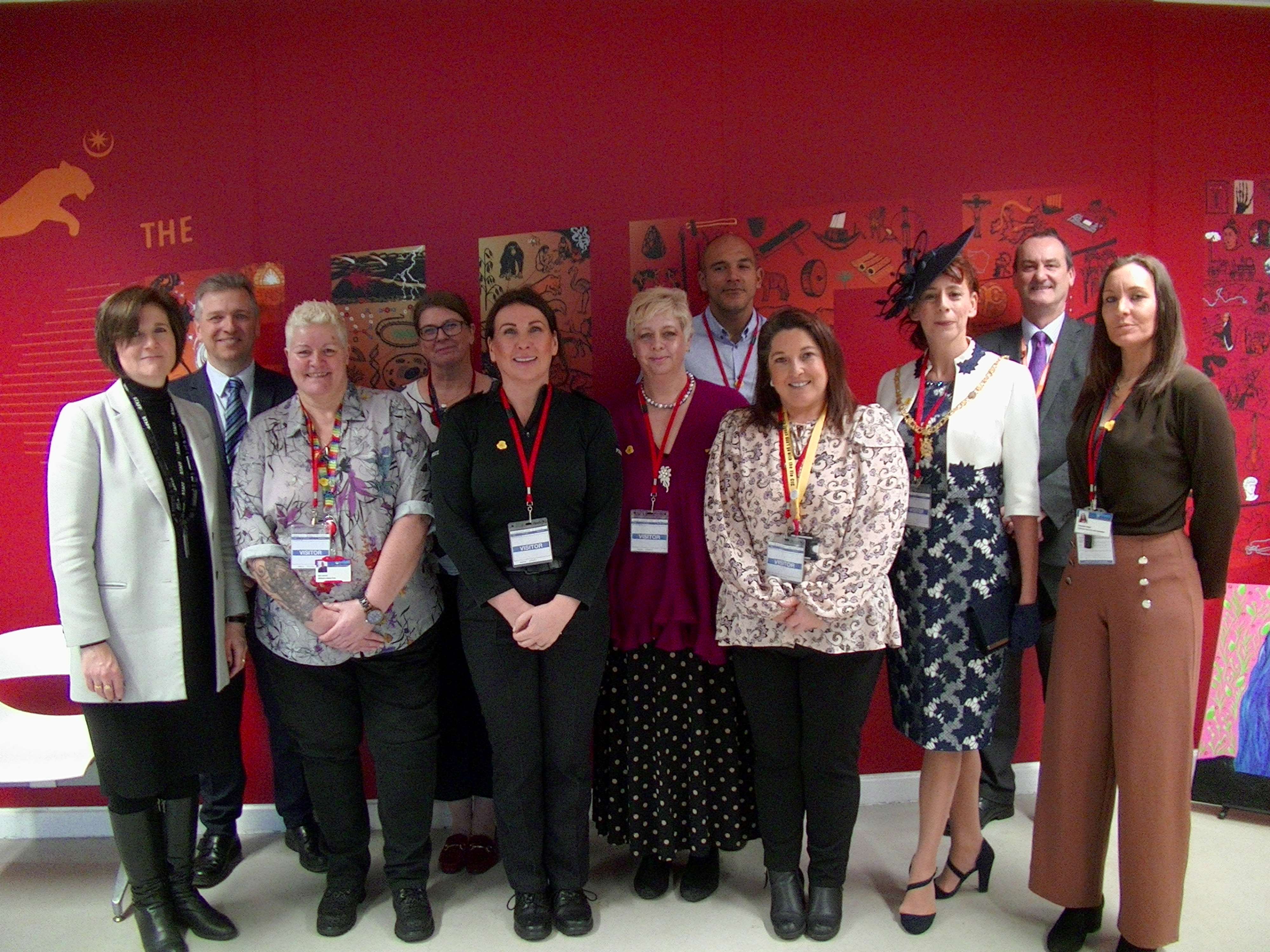 Over 200 students heard real life accounts of the consequences of taking drugs in the first of 12 sessions of One Choice, a new programme of education for secondary schools in Portsmouth. The series, designed by Portsmouth City Council and believed to be the first of its kind in the UK, is aimed at helping young people to understand the facts and associated risks of taking substances, and how to avoid making the wrong choices.

As part of the programme – part funded by the Lady Mayoress of Portsmouth – students at Springfield School heard local stories from Janine Milburn, mother of 18 year old Georgia Jones who tragically lost her life at Mutiny Festival in 2018 after taking two high strength MDMA tablets; and from Russell Abery, a former semi-professional motocross rider who, following a life changing accident, succumbed to addiction costing him his livelihood and liberty.

Students also took part in workshops during the day, where they could ask questions of Janine and Russell, hear from staff at the Drug and Alcohol Support Services (DASS), and speak to a member of the Hampshire Constabulary about the law on substances and county lines.

Cllr Suzy Horton, Cabinet Member for Education at Portsmouth City Council, said: “Congratulations to the One Choice team for putting together such an excellent programme to help students in Portsmouth to understand the dangers and consequences of using substances. The team has worked really hard together over the last eighteen months and thanks to them, the city’s schools now have access to the programme well ahead of September, when drug and alcohol education become mandatory.  I would like to thank them all and particularly Janine and Russell for being part of this and sharing their experiences. It is so important to equip young people with the knowledge that can help them to make the right choices in life.”

Sara Spivey, Head Teacher at Springfield School, said: “Janine and Russell really brought home the risks involved with drugs and I could tell by the students’ follow up questions how engaged they were. Some of the students have told me how moved they were by what they heard and how it’s brought home how one decision can really affect their lives. I am delighted that Springfield is the first school to take part in One Choice and look forward to being able to continue the open discussions with students to help them to keep safe.”

The One Choice programme was developed following research with young people from Portsmouth at the 2019 UNLOC Student Voice day, and workshops in schools, which highlighted two main areas of need for young people’s drug education. The first being that all young people unanimously requested local guest speakers with current engaging true life stories as their preferred way of engaging and learning about the reality of drugs. The second was that young people felt their teachers were wary of how to approach substance education and unsure what to include.

The project also includes training for teachers to give them confidence and competence to deliver high quality drugs education ahead of the September deadline. In addition, DASS have established a new role of Substance Misuse Champion in each secondary school and provided education for those teachers.

The Drug and Alcohol Support Service (DASS) works with young people under 19 in Portsmouth who are using substances, meeting the young person wherever it is convenient to them, be it at home, school, family hub, youth club or coffee shop. They also run evening sessions in youth clubs in the city. The service is confidential within safeguarding policies.

One Choice will roll out over the coming months to all secondary schools in Portsmouth and the findings from the workshops in schools are part of a larger piece of work which will inform the future development of drugs education in the city.