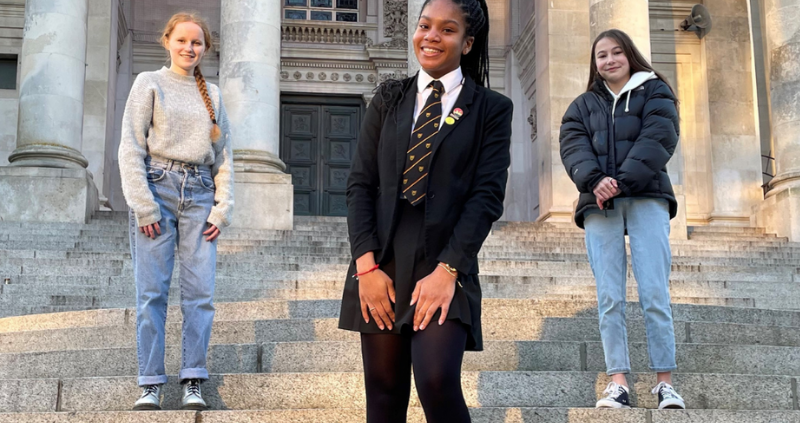 After a close contest for Portsmouth’s next member of youth parliament, the winner has been announced. The campaign began on Monday 8 March when voting opened for seven young people who were shortlisted for the coveted role. Each candidate recorded a video and presented a manifesto that young people could review as part of the voting process.

Those aged between 11 – 18 years old who live, work or study in Portsmouth chose their candidate before voting closed on Wednesday 17 March.

The member of youth parliament will work alongside councillors and influence key decisions that affect young people and children.

Destiny Rose-Forde Kennedy, 16, who is a student at The Portsmouth Grammar School and the city’s next member of youth parliament said:

“I would like to say a huge thank you to everyone who voted for me. The 52 candidates who originally put themselves forward were all incredibly talented.

“Giving young people a voice is something that I believe to be essential and invaluable because we are the future and if we’re not involved in important discussions, so many significant experiences and perspectives will be excluded and that would be devastating.”

Due to the high calibre of candidates shortlisted, two deputy roles have been created to support the member of youth parliament for Portsmouth.

Ella Reilly, 17, who is a student at Havant and South Downs College (HSDC) and a deputy said:

“This new role will enable me to support Destiny, ensuring more young people’s voices are heard and represented at council meetings. I’m really excited to have the opportunity to help build a change making platform for Portsmouth.”

Willow Lindstrom-Fabik, 13, a student at Priory School and a deputy said:

“I am incredibly excited to be a member of youth parliament deputy and work collaboratively with Destiny and Ella. I’m hoping to expand my political knowledge and meet new, innovative people that I can learn from.”

Supported by Portsmouth City Council, Portsmouth Education Partnership brings together all Portsmouth schools and partner organisations to improve attainment and opportunities for young people across the city.

The campaign to find Portsmouth’s next member of youth parliament meets the partnerships priorities of inclusivity, ensuring no voice goes unheard.

The partnership also supports teacher recruitment and retention as well as increasing attainment levels of school children across the city through awareness campaigns.

For more information on the city’s member of youth parliament, local residents can visit the PEP pupil voice webpage.